Oz Shy is a senior economist at the Federal Reserve Bank of Boston and a member of the Consumer Payments Research Center in the Research Department. His research focuses on payment instruments and the structure of the banking industry. He has published three books: How to Price (Cambridge University Press, 2008), The Economics of Network Industries (Cambridge University Press, 2001), and Industrial Organization: Theory and Applications (MIT Press, 1996).

Shy has published more than 40 journal and book articles in the areas of industrial organization, network economics, banking, payments, and international trade. He serves on the editorial boards of the International Journal of Industrial Organization and Review of Network Economics.  Prior to joining the bank, Shy has taught at the Universities of Michigan, Haifa, Tel Aviv, Stockholm School of Economics, Hanken, and the State University of New York. During 2004–2007 he was a research professor at the WZB – Social Science Research Center, Berlin. 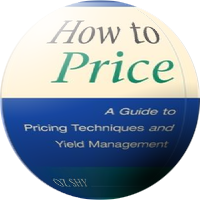 How to Price: A Guide to Pricing Techniques and Yield Management

About the Book ” How to Price: A Guide to Pricing Techniques and Yield Management : This book provides an extremely valuable introduction to ‘the Read More